Books for Youngers by S.D.Smith

Dairy of A Wombat ~ Jackie French, and,

The Library ~ Sarah Stewart up to, and including, older teen reads like
Don Quixote ~ Cervantes  (content issues),  Lorna Doone ~ R.D. Blackmore and  Northanger Abbey ~ Austen;   since it should be universally acknowledged ;-)  that well written books are able to be enjoyed at any age.
That is the category that Smith's books fall into for Daisy; they are well written and the story is very engaging!
If you do not have younger children in your space to justify a listen through Smith's books, I'd recommend just doing it; and classify it as literary research... if you were wanting an excuse. 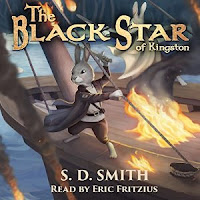 Thanks to audible's recent sale Daisy was gifted with an opportunity to listen through
The Black Star of Kingston ~ S.D. Smith 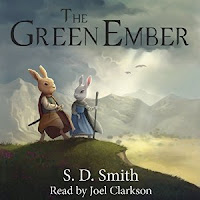 A little while back, she didn't really want to go through The Black Star of Kingston since she'd enjoyed The Green Ember so much and thought the prequel might ruin the pleasurable 'after taste' Green Ember had left her with; not so!   The Black Star has been gifted with a solid 5/5 rating, and is a title she recommends.
She's hoping that the author is hard at work getting a sequel ready for publication, and her subsequent enjoyment ☺
Posted by Chelle at 11:23 AM

The Library is one of my favorite's too!!! Off to check out your youtube links...thanks!