Jay thinks it would be a good idea for me to let other mums with boys aged 13-15 know about 2 books he recently enjoyed reading; one book at the end of last year, and the other one during our summer break (2015).
Even though I'd had Shadow Hawk sitting in his optional book basket since the beginning of  2013, he's only felt motivated enough to read it this year, and then he devoured it. 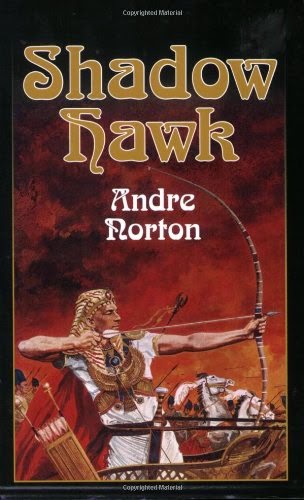 1: Shadow Hawk ~ Andre Norton (Ancient Egypt)  Veritas Press title
An action packed, involved, read with lots of fighting.  Jay had no problem keeping all the characters straight, though that may be a challenge for some (like his mum).
Not a story for sensitive readers, and I think it would be rather challenging, for me, to read it aloud. 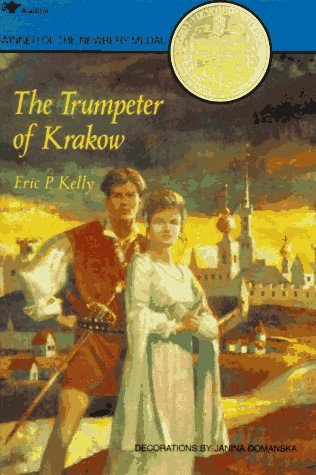 2: The Trumpeter of Krakow ~ Kelly SL 200 (1241 AD)
This is one book Jay kept avoiding - it's the cover, it looks romancey, schmancey  :/
I'd placed two possible reading options in his book basket and he only had to read one more book before we counted the year as done n dusted.  Jay really did not want to read the other title - so he picked up The Trumpeter of Krakow and gave it our 3 chapter try out.  (If you still really do not want to read it after 3 chapters .... we'll negotiate).
Hooked!
He says this was one of the best books he read during 2014.
Posted by Chelle at 4:00 PM