Biblioplan Our Way ~ A Review

We are about to start our 5th year with a Biblioplan History Companion and often get asked what we like about it.  Since it's the beginning of a new learning year for us it felt timely to get cracking,  update this post, and share my thoughts about Biblioplan's history text  - this review has only been sitting in draft mode for about a year - perhaps more ☺
I should add; this post is very long. 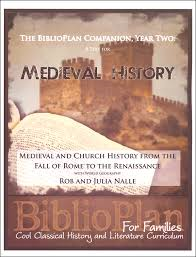 We've used Biblioplan's History Companion (BPHC)  for the last four years. Admittedly the first two years we read it as an occasional selections/optional spine idea alongside our main history spines SOTW3, in 2011, and SOTW4, in 2012.  We read through parts of The Early Modern, and, Modern Times History Companion this way as they have a very heavily loaded American history base; which would be perfect if we were American homeschoolers... we're not ☺

After the first two 2 years of using year 3 & year 4 of BPHC in that casual fashion I decided I wanted to have a go at using the Ancients History Companion as our biblically based history spine.  That History Companion  includes all the elements that I like:
I like the writing style in the companion text, and more importantly, so do the children.
(Just one suggestion though; don't (!!) print out all the pages like I did. Expensive.)

During 2013, and 2014, Biblioplan's History Companion was the history spine that held our history schedule together.  We also used Story of the World (audio)for Daisy, Jay and I went through The History of the Ancient/Medieval World ~ Bauer together (be advised; there is some eye popping content in those books!) along with using Sonlight's Book of Time with Amy Pak's Timeline figures towards that end also - BPHC leads, SOTW, HoAW & SL's Book of Time followed. 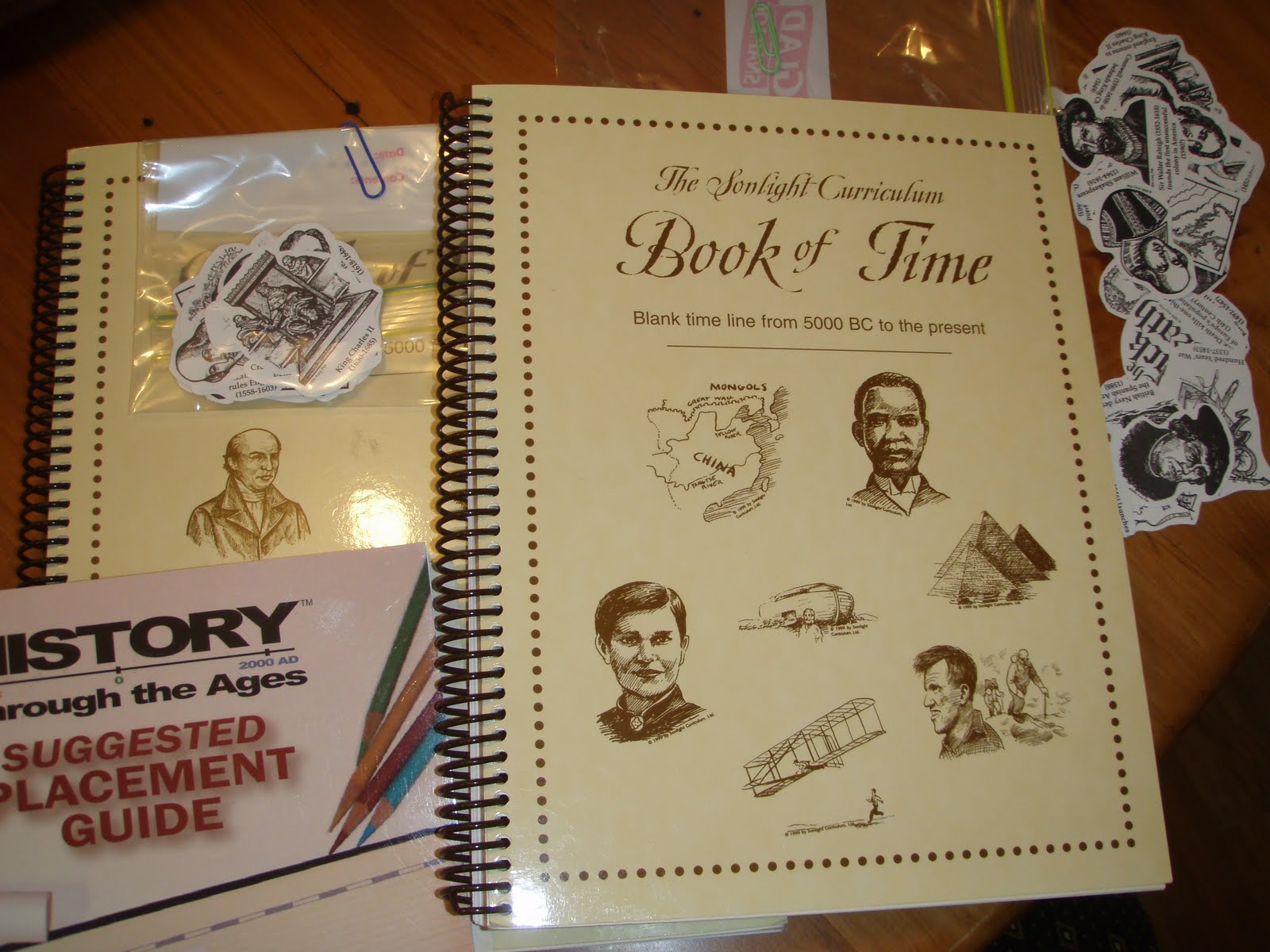 This year, 2015, we are using a good deal of Biblioplan's Early Modern Times H.C. and The Story of New Zealand ~ Basset as our main spines. Once again, we are not wanting as heavy a focus on U.S history this year so we'll be picking and choosing the American history sections we want to cover in BPHC.  Both the children have also asked to just be able to read an even more condensed, quicker overview, than BPHC gives with Asian and Chinese history.  We'll use Kingfisher: History Encyclopedia, or DK's History: The Definitive Visual Guide,  for that.

A few homeschool mums have enquired about the other Biblioplan components we may use:
We do not use Biblioplan's schedules (found in the Family Guide) , Discussion Guides, Timeline figures, Craft or Colour in pages.
ETA: For any that are unfamiliar with Biblioplan; The Family Guide 'schedules in' a smorgasbord of options to select from, including a wide range of popular spines.

I do use and refer to their book lists!  (Love book lists.)
We also use the maps (both children will be using advanced this year).
Even though their maps are not to the standard of Knowledge Quest - BPs maps are not pleasing to look at :D -  I do like the question and review technique that BP use to go with each level of mapping work.
We have used some of the Cool History pages in the past - but they always seemed to be the last thing we'd get to and so it was more efficient to just pull out the questionnaire sheets I definitely wanted to review with the children and turn them into a quick discussion time instead.
Also adding; in the highschool years BP include literature guides to go with the books they schedule/suggest the student may like to use.  We've preferred to, mostly, choose our own literature selection and guides.  With any of the the guides we are wanting to use, I  just select out the topics I want the children to cover either verbally or in a written context.  Discussion at this age is a key area I'm wanting to cultivate more and more.


Another ETA comment:
How we use Biblioplan
Until this year,  I'd spread our scheduled history learning/reading out over 4 days dividing BPHC out over the week. Last year (2014) I just handed the children BPHC and they dividing up their own reading load.
So along with reading portions of The Companion each of those 4 days, Jay & Daisy would also work out the reading load required for other 'spines' that we were wanting to go through.  I found it best to let then choose from amongst the options themselves. I wanted them to read from 1 encyclopedia and often from at least one other non-fiction book... picture books aimed at younger years count too ;)
Usually they'd elect to do encyclopedia reading/primary source reading/research on Weds and Daisy would read books like Famous Men of xyz  over the 4 days too.   We started to trim off more and more of her Famous Men of xyz readings as Biblioplan was covering many of those lives also.
Class time mapping and review happens on day 4, Thursdays. (Review might just be oral, or written.  Though this year I'm having both children type up a brief narrative of what they have read about a key figure, or event, from various sources during the week.  At the end of each 6 week run - we work on a 6 weeks on and 1 week off term - we place our timeline figures.
SOTW was being used as our car time audio; however,  we're now using SOTW in a very hit and miss fashion for Daisy, as she is getting a better coverage of history elsewhere.
Easy. All done n dusted.
With encyclopedia reading/research I purposely do not schedule in the pages required to be read anymore - Jay and Daisy are more than able to find the information they need to be reading about themselves.
**This year the scheduled reading/review history slots are to be allocated out are over a 3 day period, with a Friday slot for delight led extras the children may want to indulge in (more online study/documentaries, audios etc).
Posted by Chelle at 8:01 AM

SO glad to see this post!!! I have my new BP for Ancients, and am still trying to figure out exactly HOW to use it! Thanks so much for your insight! Such wonderful timing! Thank you!

Hope you are doing well, praying along each day for you and your family!
Tracy

I agree, perfect timing. I was just researching Biblioplan to use instead of Sonlight Core G. I'm not decided yet, though. Any thoughts on SL G's spine as compared to the Biblioplan spine?

Tracy,
hoping you find your stride with using BP... it took me a term to find a good pace that worked for us. We found the companion to be full of wonderful information we really wanted to learn about and so I needed to make room for that to happen :p

Thinking of, and praying for you and yours too!
So nice to find comments here and to have blog posts from you arrive in my feed. Yay!
♥

Hi Julie,
Are you asking about Sonlight's Instructor Guides or the books they schedule in to use as spines?
If it's the later BP schedules in those spines to their family guides too..
If it's the former I prefer Biblioplan spine (History Companion) over Sonlight's IGs.
BP is more of a text type spine (think encyclopedia style, complete with coloured pictures, details of key figures and events which includes world history, church history, religions of the world, maps etc)

Sonlight's IGs are not a text. The IG is a teaching tool and discussion guide to go with the books being read in Sonlight's schedules. Those same IGs may also include additional comments to go with the era of history being covered. All imo of course.

I wanted the information packed text as opposed to a teaching guide so went with BPHC. BP do have separate discussion guides to go with each History Companion (I've never used them).

Did that make sense :p

PS: Hoping you manage to get your hslaunch losses sorted. Ouch! Really feeling for you!)

So, to be clear--the book lists are online, not in the Companion??

Tracy,
Yes. The book lists can be found online as well as recorded (pages of them) inside the Family Guide.
Love book lists ☺

So, besides the "Companion" you buy the "Family Guide" and the "Cool History Pages"? I was thinking the Family Guide info might be inside the Companion...no?

Full of questions...here's another one for you--What is the difference(s) between BP and SL? and does BP go through history slower? and more in-depth? or? I know I am struggling this year trying to fit in all the books and learning that I want us to get through while having some sort of SL spine. We will be on Week 22, but still on SL Core G's Week 8!!! I don't want to breeze through history as fast as it is scheduled, but really dig in where there is extra interest. Have you compared BP to SL in any relatable way that you could share? I know that is a big question, feel free to ignore if it is too big!

I think I'll create a post on that Tracy ... it may take me a wee bit to compile my thoughts. I looked at both companies and what they offered quite extensively.
Until I get typed up ;)
Perhaps have a look n compare at each companies Schedules, then SL's IGs & BPs Discussion Guides.
It may help if you tell yourself to think of Bps History Companion as a spine - as opposed to thinking of it as an instructor's guide.
☺

Thanks, Chelle. I had only bought the Companion to look at--I erred in thinking that the Family Guide was IN the Companion and that I would be able figure out my questions with that book. Without all the information it is hard to compare! Another reason why you'd be a good neighbor! No rush! we are plumb struck in the middle of the Greeks currently!

I ordered the Family Guide and Maps...so I will just look at it all and see. I already have the Companion now. It will be easier for me to have it in my hands and take it in. Thanks for your help!!!

just a quick point :)
The Family guide contains the schedule and writing prompts, and book lists.
The Discussion guide, questions to ask and thoughts to ponder, is a separate purchase. We've never purchased or used the Discussion Guide.
Happy browsing thru Bp's items.