I always find it interesting to see what books other literature loving families have recently purchased, and as book depository is such an economical place to shop (usually) I thought I'd detail some books we've purchased from there in the last few months.
(We don't use affiliate links ..... just doing some book sharing)

Please note: I have not read many of these books, yet .. and a few of them are still in the post.

1: Fire, Bed & Bone
In 1381 in England, a hunting dog recounts what happens to his beloved master Rufus and his family when they are arrested on suspicion of being part of the peasants' rebellion led by Wat Tyler and the preacher John Ball.

2: Hus the Heretic  (dh is really looking forward to reading this one aloud)
John Hus was one of the greatest religious and spiritual pioneers to ever grace this earth, and many experts agree that the Reformation would have never been possible without him paving the way. He paid for his beliefs, however, by being burned at the stake in 1415 at the age of 42.
The way Hus conducted himself deep impressed Poggius, and this book details the thoughts which he secretly related via letters to his friend Leonhard Nikolai. 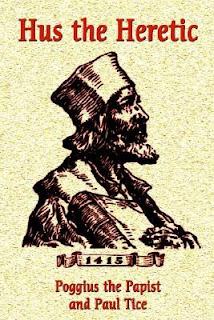 3: Lost City: The Discovery of Machu Picchu  (picture book with gorgeous!! illustrations)
Journey into the wilds of Peru in this story of Hiram Bingham, who, in 1911, carved a treacherous path through snake-filled jungles and across perilous mountains in search of Vilcapampa, the lost city of the Incas. 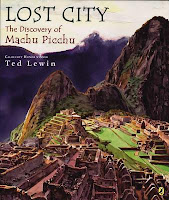 4: Red Hugh, Prince of Donegal
In 1587, teenaged Hugh Roe O'Donnell, son of the rulers of Donegal, is seized by the English and imprisoned in Dublin Castle for three years before escaping to join in the struggle to rid Ireland of English rule.

5: The Story of Rolf and the Viking Bow
This turn-of-the-century novel by Allen French is in the style and tradition of the great Icelandic sagas and is set in the time just after Iceland had become Christian.
(Update: pre-reading recommended before handing to a sensitive student! We read this as a read aloud and discussed as we went)

6: Alone Yet Not Alone
A true story of an American family. Pioneers in an untamed land, caught between two civilizations, a true test of survival, the ultimate test of faith. An ultimate story of survival. 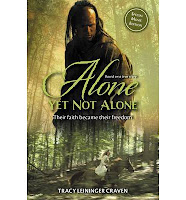 7: King Alfred's English ( I've had a quick pre-read of this & the writing style is very engaging. Udate: We are enjoying this as a sip read during our morning reading time!)
An entertaining read for any age. This intriguing look at the development of our language is a combination study in both history and English with a bit of linguistics woven throughout. Surprising facts about people and wars, quirky details about spelling and grammar, humorous word histories, all are packed together to form a thoroughly enjoyable and educational overview of English history from 55 BC to 1611, the year the King James Bible was published. 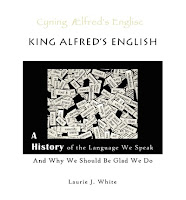 9: The Sharpened Sword: John Knox
Knox spent his life with a sword in one hand and a Bible in the other and he wasn't afraid to use either.He began his theological life as a body guard to George Wishart - and it was when that young man was put to death by the religious authorities that John Knox was finally persuaded of the need to awaken his country from the death of injustice and spiritual poverty that afflicted it.He was never built for a quiet life and when he ran from one danger, he often found himself headed straight for another. 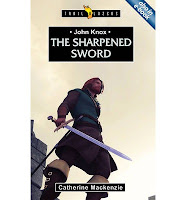 10: Kings & Queens of England and Scotland
Don't know your Albert from your Ethelred? Or which Henry had six wives, and which was crowned at eight years old? This book (may ☺) help you to sort your Tudors from your Stuarts, and discover how each monarch helped to shape today's U.K 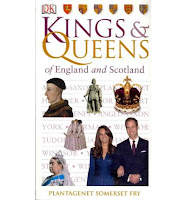 11: Brightest Heaven of Invention: A Christian Guide to 6 Shakespeare Plays
Shakespeare was, as Caesar says of Cassius, "a great observer," able to see and depict patterns of events and character. He understood how politics is shaped by the clash of men with various colorings of self-interest and idealism, how violence breeds violence, how fragile human beings create masks and disguises for protection, how schemers do the same for advancement, how love can grow out of hate and hate out of love.

12: Shakespeare: His Work & His World
Rosen makes the life and work of Shakespeare vibrant and exciting in this perfectly splendid biography. . . . Beautiful and engaging." -- KIRKUS REVIEWS (starred review) "In exceptionally fresh and vivid terms, the author plies readers with abundant, accurate information on the playwright, his theater, and the plays, looking closely at A MIDSUMMER NIGHT'S DREAM, ROMEO AND JULIET, MACBETH, KING LEAR, and THE TEMPEST.
(Ingpen is one of my favourite illustrators!) 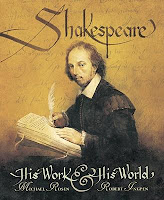 13: Nacar, The White Deer  (author tie-in ;) since we've already read I, Juan de Pareja)
A deep friendship springs up between a boy, who had lost his voice and his mother at the same tragic moment, and an ailing albino deer sent from China as a gift to the King of Spain. It is Lalo's task to nurture the sick deer back to health in the mountains of so that he will be well enough for the sea voyage to Spain. This gentle story of Mexico in 1630 follows young Lalo on his journey back to the Mountain of the Sleeping Lady. The journey and months the deer and the boy spend with Lalo's goats are full both of dangers found in a wild landscape and of charming incidents found in a people brimming with life and faith. As with any friendship there is sorrow as well as joy, and Lalo grows in wisdom and courage as he comes to accept even the uncertainties and difficulties of the trust he has been given. 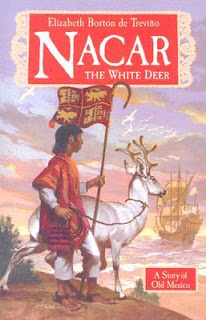 14: Beowulf: An Illustrated Edition (about to use.  This book is just a pleasure to look through!)
Composed at the end of the first millennium, "Beowulf" is the elegiac narrative of the Scandinavian hero who saves the Danes from the seemingly invincible monster. This illustrated edition includes full-page illustrations of Viking warships, chain mail, lyres, spearheads, and a reconstruction of a Great Hall - make visible Beowulf's world and the themes of his story: death, "divine power", horror, heroism, disgrace, devotion and fame. This mysterious world becomes more amazing after viewing the objects and the landscape of its origins. 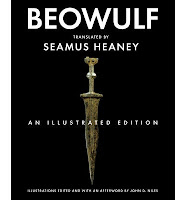 These sound really interesting plenty that I would love to read. King Alfred's English sounds fascinating.

How you read Deborah Alcock's novel "Crushed yet conquering" set in the time of John Huss?

Hi SarahElisabeth,
I haven't read Alcock's novel (never heard of it until now ☺ ) ...
if you have read it, do you recommend it?

Thanks for stopping by.

Those look like some very interesting books. Seeing the title for the kings of England book reminds me, somewhere in the mess that is my mom's stuff I should have old cigar books of my grandfathers that have stickers with all the kings of england in it. In my spare time I should look for it so we can peruse it as part of our history.

Alone yet not Alone is a great book! We got it on cassette tape for our daughter about 10 years ago, and she and the boys have listened to it time after time--nearly memorized it!