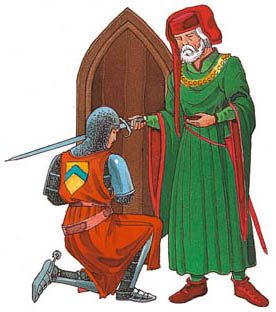 Here is the whole long list of the books we’ve selected out, which I’m purposely archiving on my blog for my own sake.  Recommending that parents know the content in each of these books, if you decided to use them with your students: some have very mature content in them, some we editied things out as we went along or I discussed the content with the student before hand, or as we read along.  Using God's name in vain always gets edited out in our home - we're quite content to switch it to the gods (Rosencrantz and Guildenstern), or just ignore reading it altogether.
August 2014 Update.  Sometimes life/a learning year goes in a different direction than we planned, so crossing out the books we dropped so far.
And here is what we added in:
Family:
Captain Blood ~ Sabatini

The moms over at TWTM forums were a huge help in sharing lists and links of things we could use for our  year long study of the Middle Ages, and, the Renaissance and the Reformation.

I need to be more flexible in being able to pick up , or put down, home educating options, for the first half of 2014, so I’ve left lots of spaces open in our family's schedule and have put all the maybe, hope-we-can-read-those options into the book basket lists.
Our history schedule is set up mostly for Daisy, as Bobs is going to be working on managing his own reading ‘timetable’ during the year,  to get certain works of literature read before ‘class time writing/discussions’ with me.
I had originally only thought of using Biblioplan's Middle Ages Companion Text with Daisy, but Bob was keen to read along too - he enjoyed BP's Ancients Text and our small group discussions  - so I've scheduled it for both.  I'm intending to type a post reviewing Biblioplan ... one day :)

We are including our yearly hymn study, classical music/composers study, and I’m going to decide on that term by term as we go along.
Daisy and I thought we’d focus on a picture books illustrations study this year – all casual and hopefully enjoyable – and I’m aiming to inject a good dose of art history into our lives, again, this year.
Art ‘lessons’ are one area that I’m just not going to try and 'claim the hill' over this year, I love it – they don’t … until they see what they’ve created.
Maybe one of the cat’s would like some painting lessons ;-)

I’ll update and tweak this list, dropping and adding books, no doubt, as we go along.
& yes I’m planning on getting the shareable part of our history schedule up for viewing in a week or so – once all the planning dust has settled.

All/anyone
Non – fiction (mostly) Scheduled
3: Audio: Augustine's Conversion ~ Mclean
For anyone looking for guides to compliment a read through of St. Augustine's Confession, here is what we did.

Since there are some very mature topics in Confessions,  we chose to read through selections of that work -  along with listening to Mclean's very abridged audio production .  Understandably the content in most guides, for Confessions, was too ‘mature’ for our, just turned 13yr old, Jay so we just selected out certain elements that we wanted to discuss.

Wow! That is a great list! Does this mean you are DONE with you planning??? Can I get back to pestering you again? pester, pester! Thanks for sharing I will print it out and put it in my folder...although it is almost too overwhelming!~ seeing it in this format it looks like Mt. Everest; but I'm sure spread out in a 36 weeks spread it is easier on the eyes! Thanks so much!!!

Tracy, you're style of 'pestering' is ALWAYS welcome .. I've missed you too ;)
The schedule looks much more user friendly as a schedule, and most of the books on that list are optional and are just *there* so I remember we have them to choose from.
And the list will change as we go along.