It's wintery.
Perfect weather to get a good chunk of scheduled learning done, reading as many books as we can along with enjoying a diversity of audio books.

Here are the audio books the children have just finished listening to :
Daisy: Little Lord Fauntleroy (again), and,  Elise's Girlhood

Bobs: Eldorado, and, The Elusive Pimpernel (both read by Karen Savage).
He then jumped into Lord of the Nutcracker Men, a WWI story which he rather enjoyed.

Daisy & I are still listening through Old Peter's Russian Fairy Tales (though some of the stereotypes and language useage in a few of the stories, like those detailed in the second story,  do not sit too well with Daisy.  It has created some good spots for indepth discussion though).

We picked up a few extra books about Russia from the library, but the one that interested us the most was the DK  Eye witness one

And since we seem to have paused on Russia....  Dn pulled out, earlier than scheduled, a biography to read aloud to us, Joseph Stalin: Dictator of the Soviet Union.
For sensitive children, you will want to edit Stalin's death bed scene near the end.
I'd actually selected this book for Bobs to read with SOTW4, chapt 23: The Rise of Joseph Stalin.
Guess he won't need to now ☺

Our line up for this week looks like this:
Math
Bobs: Continue with more of the Algebra course on Khan Academy, and LOF, Advanced Algebra.

Daisy: Continue to work through some more lessons in MMM, and LOF.  She's also reading through a Murderous Math book.

Spelling
Both children have moved to their 'next' AAS book.
I'm planning on throwing in list or two out of Kathryn Stout's Natural Speller book for Bobs this week

Grammar
Complete a lesson each day (4 each this week).

Writing With Skill
I am quietly going through the week lessons, while the children are having their music lessons (both are learning the piano). Reading through the WWS instructors text is giving me a good advance on what to be looking for in Bobs pieces.  The instructor's text is invaluable, for someone like me who enjoyed such a wonderful (not!) public education.

Writing With Ease
Daisy has nearly completed book 2, I think we have about 2 weeks work to enjoy before she moves into WWE3.

Hymn
still: When the Roll is Called up Yonder

Composer
still: Antonin Dvorak
Unit 9 (1841-1904)
The children & I were interested to read about Dvorak moving to Iowa to instruct in Mrs Thruber's musical conservatory, for 25 times more than the amount he could command in Prague.
We're also enjoying a few of the musical selections we've found on you tube 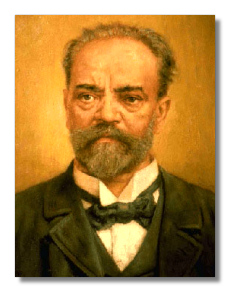 History
SOTW4 chapts 16 & 17 (US, China, Russia, Japan
We'll be creating a history out line (Bobs) and a written narration (Daisy) from chapter 17 this week.
Sonlight books:
Little House on the Rocky Ridge  (Daisy)
A Letter to Mrs. Roosevelt  (Daisy. Early I know, but we're looking at Teddy Roosevelt this week)


I'm not sure what audio books they'll select this week - I'll post those next time ☺
Posted by Chelle at 2:55 PM

Looks like a great line up for winter Chelle :) I am pleased to find your composer links I have been keen to study up on him.

Did you know that his music encourage brain neuron growth ?

Nice to read what you all have been up to!

Blessings to you and your family!