We look forward to delving into a longer term nature study each year, a nature study that is very hands on. Mostly those episodes have involved 'raising' something.
Well this years 'raising' episode has created a great deal of enjoyment and excitement.
The children purchased a breeding pair of guinea pigs and there enters another round of hands on zoology for us.
Our guinea pig sow, Cookie, has finally given birth to four pups. They are just the sweetest wee things.
Here are a couple of pictures of them - at just a few days old. 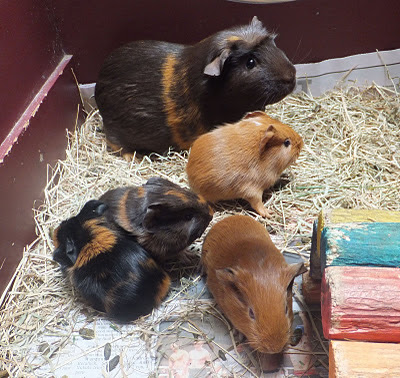 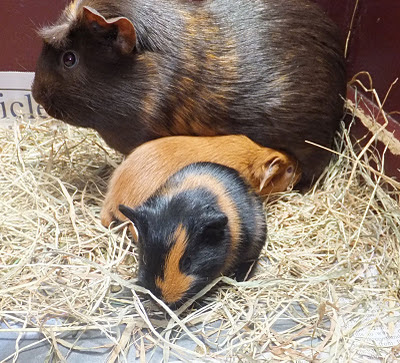 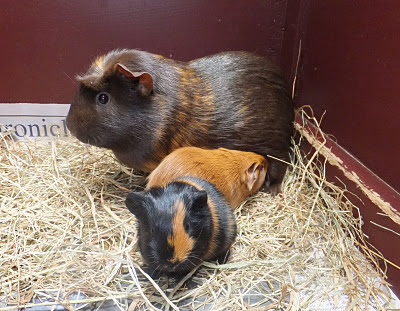 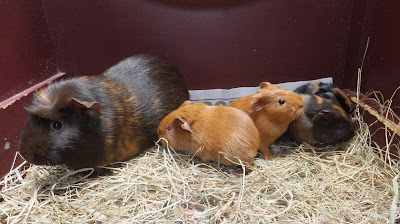 We've learnt so much about guinea pigs and their whole gestation cycle. As soon as Cookie had given birth to the pups we put Max, the boar, into a seperate cage as sows come back into heat very quickly after birth - and back to back births can kill her. Not what anyone would want for their loved pet.
After Daisy read that a sow can have up to 50 pups in her life Bobs decided he'd work out the fibonacci math for a breeding pair of guinea-pigs - which was some staggering number ☺
Posted by Chelle at 7:28 PM

Ummm. Chelle where are you?
(Your inbox over there is full (0:)
Eliz

Oh wow, well done! My girls are keen to buy a rooster this year and put him in with our chooks. You may have just inspired me to say yes! :) However I don't think I'll show them this post or they'll be wanting to buy a female guinea pig to breed with our male one! Mel :)