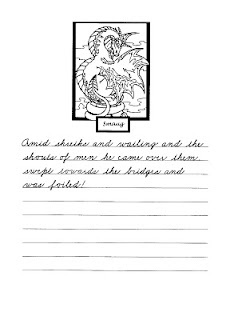 Bobbi and Daisy were listening, yet again, to The Hobbit and enjoying the part of Smaug and since I was feeling a little lack lustre about being back-to-learning in the midst of Winter we decided to take a detour and declared it Dragons Week...

Bobbi was given the choice which piece he wanted for 'written work' and, going with his choice, we threw together a copywork page using Startwrite which means we're not able to make that available for others to use. 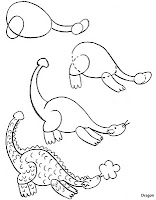 The Reluctant Dragon got listened to also - Dad and the children are Wind in the Willows fans .... 'nough said :)

Some interesting conversations happened with Bobbi while we listened to Kenneth Grahame's work.

I like this fun how- to- draw page which was a weekly freebie and it seems to be a perfect go along for T.R.D.

Daisy re-hooked back into My Father's Dragon as a reader so we threw some language arts pages together for her, a la WWE style - and yes, it includes some of the necessary colour in pages she likes.

We've included some light grammar and a little spelling work, copywork style, in those LA pages.
** Pop over to HSlaunch if you'd like to see our My Father's Dragon Language Arts pages. (We've now fixed the typo's in the copywork).

Here is a cute free audio book of My Father's Dragon we have this audio version and it's been enjoyed extensively since Sonlight introduced us to Elmer and his Dragon in Core K.
For those that like lapbooks, don't forget Amy's My Fathers Dragon lapbook it looks like a fun activity!

For art we pulled out the clay and crafted some Dragon busts. We all enjoyed that. Pictures now added, and we're just got the painting of them to enjoy. 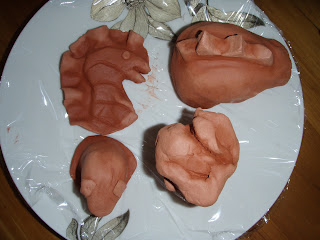 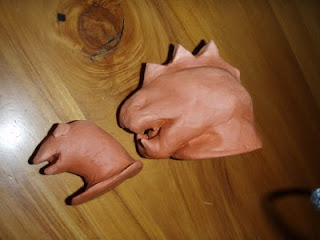 Math for Daisy, we all played though, was Dino Math. I know it's a stretch - Dinosaurs and Dragons - but it works, and it's one of my favourite math games :-)

We love My Father's Dragon. Thank you for the heads up about the language arts! And thanks for stopping by my blog to comment on Milly Molly Mandy. Blessings~

Thank you for your wonderful posts!
I have passed this Versatile Blog Award to you - http://practicalpages.wordpress.com/2010/07/28/versatile-blog-award/

Just discovered your blog (thanks to Nadene), and it's lovely! :)