We're still continuing on from much of what we typed up last week, as it's a 1/2 week here again ... so I'll just add our new item of interest for this week :)

Both children are still listening through Lorna Doone, as having guests to stay decreases the amount of listening/reading time we would normally get to.  We thought helping Granddad celebrate his 80th birthday and to take he and Nana on a few 'field trips' was more important last week than listening to Lorna Doone ☺

I always find it interesting when other home educating bloggers keep it real and tell what they've switched around , dropped or just didn't get to due to life getting in the way of their best laid plans; so I'll detail our latest dropped, switched, and lost educational opportunities too, in the hope that it may encourage someone else that's it's okay to not get to all the things you hoped, or thought, you would get to do.

Dropped, Switched or Lost Opportunities
(some of these will go in the book basket to be enjoyed later, somewhere):
Dropped
Trial & Triumph Ch: 28 & 29
MOH vol3, wk 27, The Salem Witch Hunts (already covered the content in Biblioplan)
Switched
Rob Roy the book to Rob Roy (abridged audio)
(Jay wants to continue on with The Screwtape Letters worksheets, as opposed to dropping that and studying Rob Roy)
There is also a well read unabridged edition that I'd like to go through at some stage.  This wasn't available during the last audible sales, so we purchased the abridged addition.  There is another unabridged edition of Rob Roy, but I'm not fussed on the irritating affectation Frederick Davidson uses to read many of the books he narrates; it gets pretty wearying after a while!
Lost Opportunity
The Crucible (audio) 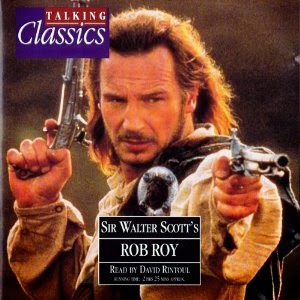 It took Jay much longer than I'd hoped it would to complete A Parcel of Patterns ~ Walsh, which he said was quite good but he kept getting distracted by other things he was wanting to read or listen to :)

We've been listening through a series that Kendra, of Aussie Pumpkin Patch, suggested to me (thanks Kendra, Jay and I are enjoying it so far!!) :
Cottage Tales of Beatrix Potter (which is a Mystery Series) by Susan Albert
The first book starts out rather slowly, but is sweet and wholesome and is setting the stage for the rest of the series.
We're just finished book 3, The Tale of Cuckoo Brow Wood which had a very strong 'fairies' theme in it - I appreciated the way Susan Albert tied the fairy theme off in the end... and the scripture quoting cat is very good ☺
If you don't like animals that talk in books, skip this series.

Albert also writes about the change the younger generation of women started embracing in the way they dressed and acted during that period of British history; they started to wear trousers, smoke and 'liberate' themselves.
I have to say that the newly 'liberated' Sarah is not shaping up as a favourite character in the series, so far.
Book 3 also gives an example of how people navigated around the costly expense to divorce, and remarry ... these topics have made for interesting discussion in our home!

ETA: I've now completed the entire series.  The author is thoughtful to keep repeating key components of Beatrix Potter's life for anyone that may select out one title later in the series to try, which is fine for them; however, for someone who is familiar with every book it does get a little irritating after a while.  Susan Albert is ensuring her viewpoint, and world view, is weaved in and out throughout the story;  sometimes I agreed with her opinion - often I didn't :)
Posted by Chelle at 5:27 PM