I've purposely only allowed us 2 weeks to pause here, that should be enough time to stop us (me) from getting so lost in rabbit trails that trying to get back to our SOTW schedule becomes a herculean effort.

We're nearing the end of the first week and the children have already sorted out what they personally would like to read from the books below and we've starting employing a few of our notebooking pages made a while ago and can be found over at hslaunch. (If you type Captain Cook notebooking into the search feature on our blog you'll find the posts that detail those links). 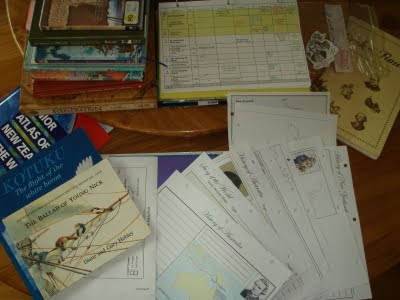 We put the DvD, shown above, away since some of the content on it would be too graphic, or disturbing, for Bobs and Daisy. Bar those few scenes, Dn & I found it to be an informative, if rather an emotionally sad, portrayal of Captain Cook.

I'm still entertaining the idea of using Kotuku ~ The Flight of the White Heron as our nature/science study book for a few weeks. 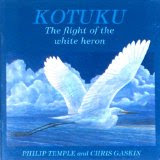 Daisy enjoyed it as a reader and I like that sort of science ..... smile.

I'm also taking the opportunity to refresh our geography skills with New Zealand, The Pacific Islands, and Australia. The audio memory geography songs that relate to the southern 'islands/continent' are totally inadequate for those of us that actually live down here ☺

At a very basic level, those songs needed the names of all the pacific islands, the territories and states of Australia, and the capitals of Aust and N.Z ... which would have made the songs about 7 mins long each (laughing) - not an option right!

I know nothing about Captain Cook! I can't wait to read all the stuff I have missed. I really, really like your printables. Thanks for sharing! :)

Julie,
Here's hoping you enjoy your Captain Cook intro as much as we've enjoyed delving deeper - he was such a gifted cartographer!
& you're always very welcome to the printables!